India gears up for biggest vaccination drive in the world 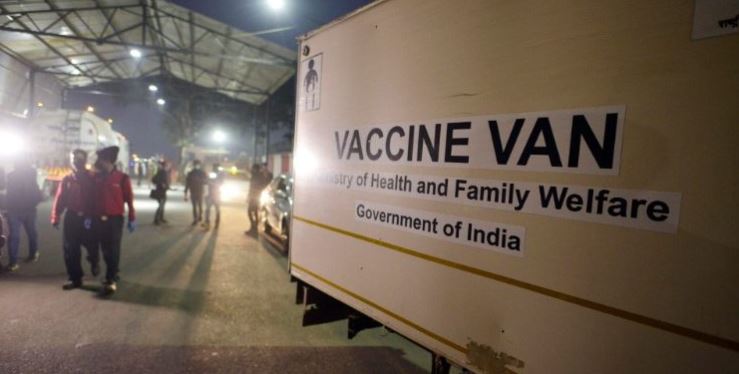 Indian airlines on Tuesday began shipping 5.65 million doses of the Covid-19 vaccine before the nation-wide inoculation drive kicks off on 16 January.
India on Tuesday began delivering batches of Covid-19 vaccines across the country in preparation for what is being described as the "world’s biggest vaccination drive".
The first consignment of vaccines developed by the Serum Institute of India (SSI) left the Indian city of Pune on Tuesday. Vaccines loaded onto temperature-controlled trucks at the Institute’s facility made their way to the city’s airport, from where private air carriers delivered the consignments to various destinations across the country.
In a tweet, Aviation Minister Hardeep Singh said that Air India, SpiceJet, Go Air and Indigo flights were to deliver 5.65 million doses to Delhi, Chennai, Kolkata, Guwahati, Shillong, Ahmedabad, Hyderabad, Vijayawada, Bhubaneshwar, Patna, Bengaluru, Lucknow and Chandigarh. The first two flights headed to Delhi and Chennai.
Inoculating the country’s 1.3 billion people will begin on Saturday, with an estimated 30 million doctors, nurses, and other frontline workers among the first to receive the jabs. They will be followed by some 270 million who are either older than 50 or have secondary health conditions that make them particularly vulnerable to the virus. The vaccination of those in the priority list is expected to be complete by the end of July.
India ranks second in the world after the United States in Covid-19 infections, totalling over 10.4 million cases since the start of the pandemic, although the rate has been slowing. More than 151,000 have died.
India, one of the world’s biggest manufacturers of vaccines and generic drugs, is expected to be a key source of the world’s Covid-19 vaccine supply. The country produces 60% of the world's vaccines, according to BBC. The SII, the world’s biggest producer, is able to roll between 60 and 70 million vaccine doses a month.
The Indian government will be able to decide on exports of the coronavirus vaccines within the next few weeks, Foreign Minister Subrahmanyam Jaishankar said on Tuesday, as governments abroad seek to shore up supplies.